The Spanish Hydrogen Association (AeH2) is the voice of the hydrogen industry in Spain. It represents more than 300 partners from across the hydrogen value chain, including renewable energy promoters, equipment, and, component manufacturers, engineering and EPC, Oil & Gas, industrial gases, transport, organizations linked to the sector, etc. Among its partners are the most active companies, institutions and, researchers in Spain regarding these technologies, which are active in hydrogen and fuel cells and are convinced that these technologies have great economic potential.

The AeH2, positioned as a reference agent within the hydrogen sector, has been working since its foundation in 2002, to encourage, promote and drive the technological and industrial development of hydrogen technologies in our country, to ensure that their positive impact revert on the Spanish society and economy.

Hydrogen plays a key role in the ongoing energy transition while offering a great opportunity for economic development and high environmental benefits. It is a key energy vector in the decarbonization of the Spanish economy to achieve climate neutrality by 2050. Hydrogen makes it possible to reactivate, redefine and transform the national economy, through the creation of a technological and productive industry and the generation of highly qualified employment.

Initiative promoted by the Spanish Hydrogen Association and supported by the Ministry of Science and Innovation. In the Platform participate a large number of national entities whose activities are related to Hydrogen and Fuel Cell technologies.

The Hydrogen Industry Sectoral Policy Agenda seeks to be a document agreed upon by all the agents of the sector, from public institutions, financial entities and, standardization bodies, to the organizations that operate in the different links of the hydrogen value chain, which will allow promoting the deployment and industrial development of hydrogen in Spain.

The Technical Committee for Standardization CTN-181 on Hydrogen Technologies (mirror Committee of the International Committee ISO TC 197) is the Committee responsible for the standardization of all aspects related to systems and devices for the production, storage, transport, distribution, measurement and, use of hydrogen. The European Hydrogen Energy Conference (EHEC)

The EHEC is the reference conference in the framework of hydrogen technologies at the European level. The EHEC provides an excellent framework to learn about the latest developments related to hydrogen and fuel cell technologies and represents the best scenario to showcase the latest advances in research, projects and, products in the sector. Furthermore, it brings together all the agents of the hydrogen sector and related sectors, both in Europe and the rest of the world.

GREEN HYSLAND aims to deploy a fully-functioning Hydrogen (H2) ecosystem in the island of Mallorca, Spain, turning the island into Europe’s first H2 hub in Southern Europe. This will be achieved by producing green hydrogen from solar energy and delivering it to the end-users, such as the island’s tourism, transport, industry, and energy sectors, including gas grid injection for green heat and power local end-use. 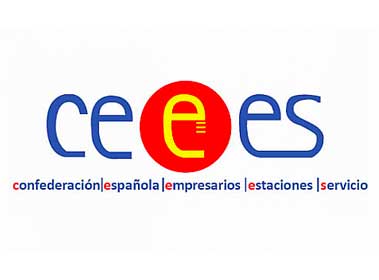 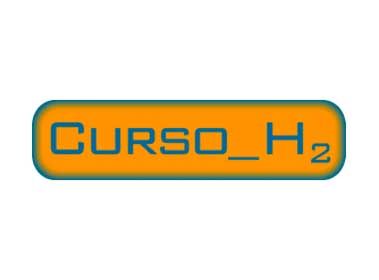 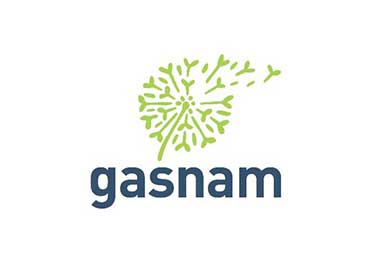 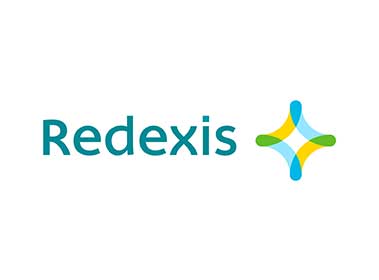 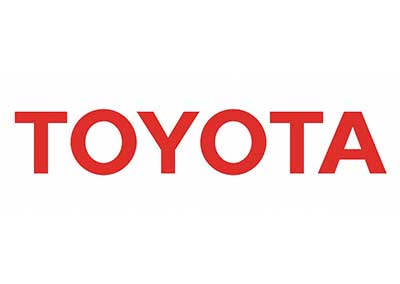 CURSO_H2: organized by ARIEMA Energía y Medioambiente S.L. The objective is to provide students with the knowledge and skills necessary to become professionals in the hydrogen technology sector.

GASNAM: Iberian Association that promotes the use of natural gas and renewable gas in terrestrial and marine mobility.

REDEXIS: A company dedicated to the development and operation of natural gas transport and distribution infrastructures, distribution and sale of liquefied petroleum gas and, promotion of renewable applications for natural gas and hydrogen in Spain.

TOYOTA SPAIN: Toyota Spain distributes and markets Toyota and Lexus vehicles in Spain. Accumulates an experience of more than 20 years in research of hydrogen vehicle technology. In 2014, the company launched the Toyota Mirai, materializing one of Toyota’s objectives: to contribute to the promotion of a hydrogen-based society. 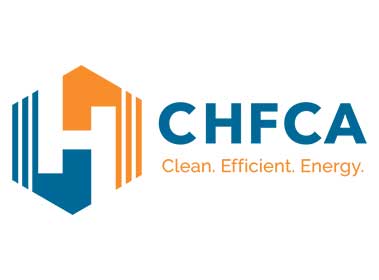 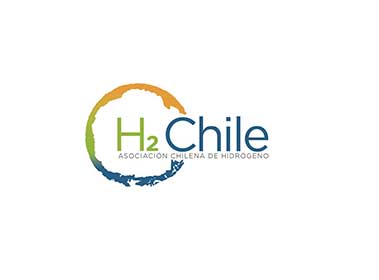 The AeH2 maintains collaboration and cooperation relations with international organisations, with the aim of learning about the state of development of hydrogen technologies in different parts of the world, transmitting good practices to our partners and promoting the implementation of these technologies in Spain. In addition, the aim is to promote commercial cooperation opportunities in the hydrogen sector with other countries.

At present, internationalisation is particularly relevant and is, without a doubt, an excellent way to improve the competitiveness and positioning of AeH2 member entities.  Therefore, part of AeH2’s efforts are focused on increasing business opportunities and the implementation of new R&D&I initiatives in collaboration with other countries.

The Canadian Hydrogen and Fuel Cell Association (CHFCA): In 2013, AeH2 and CHFCA signed a collaboration agreement seeking to boost research, technological development and the sector’s market in Spain and Canada. Since then, AeH2 has worked to maintain Spanish-Canadian collaborative relations.

H2Chile: The objective of the Chilean Hydrogen Association is to accelerate the energy transition by promoting the development of Hydrogen technologies and its use as an energy vector in industrial, commercial, residential and mobility applications.

Asociación Costarricense del H2 (ACH2): ACH2 is a non-profit organization which core objective is to promote the development of hydrogen as an energy vector and promote the use of renewable energy and its use in industrial, commercial and, domestic applications, to nurture prosperity to its associates and the country in general.

It was within the Hydrogen Executive Committee of the International Energy Agency where the creation of the European Hydrogen Association, understood as a group of national associations, was conceived and advanced. The main promoter of this initiative, was Mr. Abraham Bahbout, the former Hydrogen Executive Committee’s representative of the European Commission (very fond of traveling in Spain, and a great speaker in our language). In this line, the Spanish member of this committee, Mr. Antonio González García-Conde, participated in the initial planning, together with the “Alternate Member” Mr. Rafael Luque Berruezo.

Other countries such as France and Germany already have their Association in place, and together with others, are part of the European Association, already constituted.

Representatives of this European Association contacted several people in Spain, to promote and accelerate the constitution of our Association. Specifically with Mr. Jose María Martínez-Val de Peñalosa (UPM-ETSII), with Ms. María Teresa Martínez (CSIC-ICB), and with Mr. Antonio González García-Conde (INTA). Together, and with significant support from the IDAE, they set this whole process in motion.

At this meeting, the unanimous criterion of proceeding to constitute the Spanish Hydrogen Association was expressed. To start up the project, the Board of Directors was elected and ARIEMA was entrusted with the Technical Secretariat. The next step was to determine the Statutes that would underpin the Association and the Action Plan to be followed.

This meeting was attended by some groups and companies with great interest in the field and, to make this an open Association, it was proposed and accepted to open to other entities the possibility of being Founding Members.

To this end, a new meeting was convened on May 9th, 2002. It is then when the Spanish Hydrogen Association is constituted, through the Assembly celebrated in the Gómez Pardo Foundation of Madrid.

The way forward is open…

Get in touch with us and join the clean energy revolution in Spain.

The main objective of the Spanish Hydrogen Association (AeH2) is to promote the development of hydrogen technologies as an energy vector and its uses in industrial and commercial applications.

To be the gathering place of the sector, bringing together companies, institutions, technology and research centers and, universities with activity in hydrogen and fuel cells.

To promote research and innovation in hydrogen and fuel cells, as well as the promotion of startups and technological knowledge.

To support the development, promoting the production, storage, and distribution applications of hydrogen, and its use in fuel cells.

Promoting laws and rules for the regulation of hydrogen as an energy vector.

To make hydrogen acknowledged as an energy vector by our society.

To achieve these goals, the following activities will be carried out:

The Association intends to promote the exchange of technical information among its partners, as well as to disseminate to the authorities and the general public the technical and institutional information considered appropriate. For this purpose, the Association has its website at www.aeh2.org. Likewise, other information and relevant news are diffused to AeH2’s partners via e-mail, and when deemed appropriate, publications will be issued to members and/or external dissemination. The Association is responsible for the periodic organization of conferences, meetings, or congresses in the field of hydrogen energy.

The Asociation will be able to represent the group when the partners agree and might act in defense of common interests when it comes to relations with organizations or authorities, Spanish or international, in strategic, legislative, regulatory matters, among others. Within these activities, the Association participates as a partner in the “European Hydrogen Association”, and could do so in the “International Hydrogen Energy Association”. The Association promotes cooperation (both collectively and individually) with likeness associations worldwide. In certain cases, the AeH2’s participation could be considered as a singular entity regarding, for example, R&D projects, thematic or excellence networks.

The Association encourages the identification of experts (individuals or working groups, and partners or non-partners) in the different areas covered by the Association. This identification is very useful to establish agreements or collaborations among the associates, as well as between them and third parties. The Association promotes the coordinated implementation of national and European R&D projects within its objectives and scope of operation.

The Association will rely on experts to collaborate with the administration in the proposal of laws and regulations related to hydrogen energy and its potential applications. The Association will be in charge of promoting commissions dedicated to the resolution of specific problems of common interest.

The Association seeks to stimulate training regarding the innovative features of hydrogen, as well as the exchange of employees between associated companies and research centers within a collaboration framework.